Until Sunday things had been very relaxed in the nest turret, but when the weekend’s nestcam footage was reviewed an amazing episode came to light.The female Chichester bird had been panting in the hot sun whilst brooding. She suddenly began bristling the feathers on her back and spread her tail feathers, pressing them down onto the pebbles in the nestbox. This continued for several minutes until a male bird appeared in shot, standing around a foot from the female, as she remained on the eggs.Within seconds, she dragged herself into a standing position, feathers bristling as she made herself as large and intimidating as possible. The male bird is glimpsed moving away to the other side of the turret. She then rapidly moves to confront him whilst apparently shielding her eggs, and then seems to swipe at out-of-shot the male with a wing tip. He then burst across the front of the camera in a dark blur as he evidently decided to escape before getting hurt! 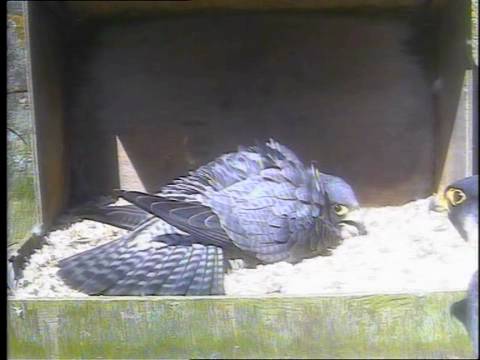 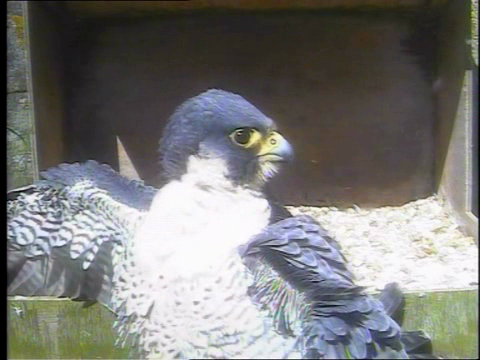 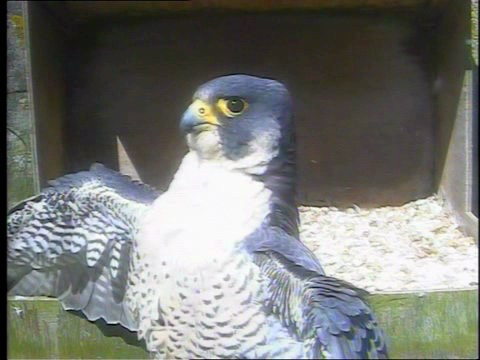